Marc and Jill Javet: Well On Their Way To Success As Tailored Living Franchise Owners

Marc and Jill Javet, franchise owners of Tailored Living serving Central Toronto, showing off one of their closet designs.

Tailored Living® is currently the nation’s largest home organization franchise, with over 200 franchised territories in the U.S. and Canada. Tailored Living is also one of three franchise brands under Home Franchise Concepts (HFC), the world’s best-selling family of direct-to-consumer brands in the home-related goods and services space.

Being the biggest and the best is always a plus and, for Marc and Jill Javet, the support of a well-established franchise organization was just one of the reasons they opened for business in 2013, purchasing two Tailored Living franchise territories in Canada in the greater Toronto area.

Be your own boss with a franchise business

By the time they were forty-something, both Marc and Jill were tired of the corporate world and ready to try something new career-wise. Encouraged by a former business-colleague-turned-broker at FranNet, Marc investigated franchising as a viable alternative and decided a franchise business would provide the change they were looking for. Evaluating four different franchises, they found that Tailored Living resonated best with both of them.

Taking on a whole new world 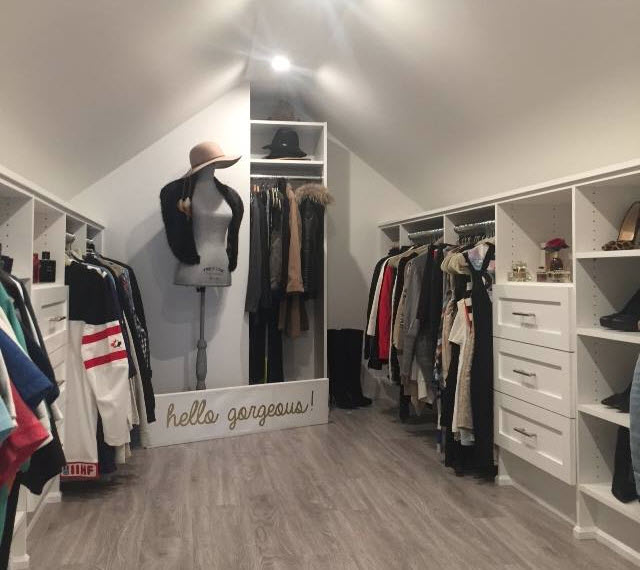 Tailored Living provides an initial two weeks of training for all new franchise owners at the Home Office facility in Orange, California. Marc attended the training, the designated one to “open the doors for business.” The training provided a step-by-step roadmap to launch, and was comprehensive, immersive and supportive. Additionally, ongoing training and a strong Franchise Support Department with Business Specialists and Coaches ensure that TL franchise owners have all the support they need going forward to build a successful business.

Jill shares, “The very first years of a small business can be really tough, [but] fast forward four years and we’re well on our way to our vision of success. The future looks bright. We’re really proud of how far we’ve come and we’re looking ahead at how to take our small business to the next level.”

Their current team includes Marc, Jill and a crew of two, full-time installers. Future plans for this year include bringing on an additional salesperson and another two-man crew of installers. Can the Million Dollar Club be far behind?

Marc and Jill’s Tailored Living business has evolved to a unique format, with two-thirds of their business coming from the building, renovation and design industries. They have developed key relationships with builders, contractors and interior designers who refer customers to them directly, as well as being included on builders’ teams for projects large and small. Jill says she and Marc are both active with the Builders’ Association in Toronto, serving on committees and networking extensively.

These relationships help to keep their finger on the pulse of the home improvement industry, and recently the Canadian Home Builders Association revealed that the number one must-have for new builds is closets. This is great news since Marc and Jill excel at custom closet design, as well as laundry rooms, pantries, entryways, home offices, custom wall units and more, receiving 2016 awards including Best of Houzz (for four years, actually), Best of HomeStars (and again in 2017) and Most Improved Tailored Living in North America.

Protected territories mean that no other Tailored Living business is a competitor, so another effective strategy has been working with other Tailored Living franchise owners to share the costs of local area marketing efforts such as trade shows. These efforts build on the comprehensive national advertising initiatives to expand the brand’s footprint and keep Tailored Living top-of-mind with consumers.

Is franchising right for you?

If this success story inspires you or you’ve always wanted to be your own boss, franchising may be the answer. With HFC, you step into a proven business model with a company that is dedicated to helping every franchise business owner to be as successful as they want to be. Go online to Home Franchise Concepts or call 1-800-420-5374 today and check out the benefits of owning a franchise business with HFC, including Tailored Living, Budget Blinds® and Concrete Craft®.

If you’re a veteran, click here to learn how HFC and its family of brands assists veterans with becoming independent franchise business owners.

By Home Franchise Concepts|September 7th, 2017|Be Your Own Boss, Franchisee Spotlight, Tailored Living|