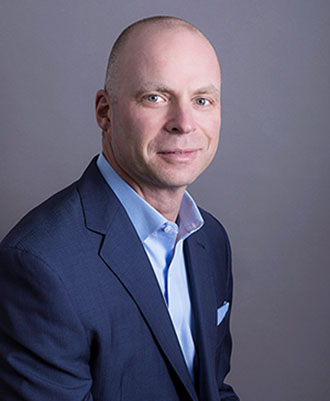 A 15-year member of the HFC family, Thiessen is responsible for working with HFC CEO Shirin Behzadi to lead strategic planning, direction and growth of the company’s portfolio of brands beyond current segment leaders Budget Blinds®, Tailored Living® and Concrete Craft® through brand development and acquisition.

Thiessen has played a key role in HFC’s expansion since 2003 when he left the real estate franchising industry for a more entrepreneurial environment. During his tenure at HFC, he has collaborated with Behzadi and the HFC executive team to add more than 1,000 Budget Blinds, Tailored Living and Concrete Craft franchisees during that time. Included in this total is Thiessen’s mother, brother and nephew who collectively own six Budget Blinds franchises.

He also led the expansion of Budget Blinds and Tailored Living into his native Canada where HFC now operates more than 120 and 25 franchise territories, respectively.

“Jonathan – or ‘JT’ as we know him – has been instrumental in the growth of HFC and is key to our future,” said Behzadi. “He will lead the effort to build the HFC portfolio of brands that can empower the next generation of men, women, couples, veterans, seniors and others to control their own lives through business ownership.”

Earlier this year, HFC unveiled “Heart & Home,” a long-term commitment to caring and giving-back to transform the lives of individuals through ongoing national partnerships and local, community efforts. As part of this, the company renewed partnerships with Working Wardrobes, Home for our Troops and Wounded Warriors Canada to help more veterans and others in need realize their dreams of work, career advancement, home ownership and transition after military service.

Home Franchise Concepts brands continue to climb the prestigious Entrepreneur Magazine’s “Franchise 500” ranking.  In the most recent ranking for 2018, Budget Blinds and Tailored Living placed #23 and #131 overall, respectively, and #7 and #111 as top franchise choices among Veterans. Budget Blinds was also ranked #87 and #88 in the “Top Brands” and “Fastest-growing Brands” categories.

Reflecting HFC brands’ popularity among veterans and members of the military, Military Times Best: Franchises 2018 ranked Budget Blinds #2 and Tailored Living #3 out of 53 franchise businesses identified by the magazine as catering to veterans and military-connected families. This latest ranking represents a dramatic increase from 2017 when the brands finished #7 and #18, respectively.

Home Franchise Concepts (HFC) is the top-selling family of direct-to-consumer brands in the home improvement space and one of the world’s largest franchise businesses. HFC’s three brands, Budget Blinds®, Tailored Living® and Concrete Craft®, are consistently rated at the top of their categories and supported by more than 1,400 franchise territories in the U.S., Canada and Mexico.

Through a proven track record, the best consumer warranties in the business, continually high satisfaction awards and a low cost of entry for franchisees, the Orange, Calif., company provides would-be business owners the opportunity to plan their own futures and control their own lives.

For more information, go to https://www.homefranchiseconcepts.com/.