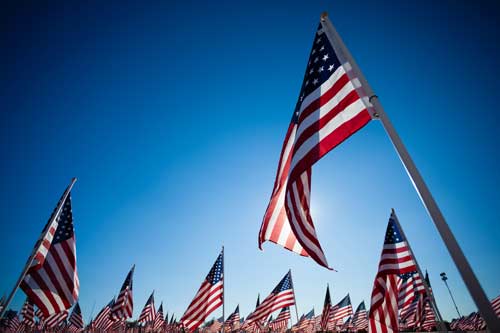 November 11, 1918, Armistice Day, marked the signing of the agreement that ended World War I. In 1954, the holiday was changed to Veteran’s Day, and since then has been the official day for Americans to honor the men and women who have served in all branches of the Armed Forces of the United States.

One day is hardly sufficient to honor the extreme sacrifice and service of our brave military, and Tailored Living® featuring PremierGarage® believes in honoring and assisting military veterans every day of every year. Along with its parent company, Home Franchise Concepts (HFC), and its sister company, Budget Blinds®, Tailored Living participates in the 2013 Million Dollar Franchise Event (MDFE)to assist U.S. veterans to become independent franchise business owners. Since its inception last November, over 20 veterans have joined the HFC family of brands as business owners.

Realizing Goals and Following Your Dreams

The American Dream is alive and well and should be in reach of everyone, especially veterans who fought for that freedom.  Chad Hallock, CEO and co-founder of Tailored Living, takes seriously the responsibility of giving back to our veterans by helping them become franchise owners:  “After selflessly putting their lives in danger to protect our freedom, these man and women look to business owners to provide opportunities to achieve their own American Dream in their second careers.” – Franchising World Magazine

Kevin Griffin is the first Tailored Living veteran franchisee pursuing his dream of business ownership in Utah, and is excited about the growth potential that being first offers. His U.S. Air Force military training instilled in him abilities that serve him well as a franchise business owner. With the strength of a solid, proven company behind him, he’s ready for success! “I look forward to the potential that the Tailored Living franchise brings. Previously, I owned a job; with this new venture I will own a business. I have a 10-year plan to grow the business and I look forward to the responsibility that comes with it,” said Griffin.

Other veteran franchisees in the HFC family have shared similar comments:

-“I chose Tailored Living because the company structure was compatible with my hands-on attitude and because I enjoy working with people to achieve goals. I’ve been able to carry over the work ethic I gained during my time in the military and incorporate it into my day-to-day business activities which made for an easy transition.” –Derek Harris, Tailored Living franchisee, Denver, CO

-“I’ve always wanted to go into business for myself. Part of owning a franchise is following a model and I think military people are very good at following a proven system. What I want for my business is a quality of life I didn’t have before.”  –Nevin Ball, franchise owner, Budget Blinds of Garland, TX

-“We’re very thankful for being able to come into this opportunity, with Budget Blinds helping us to realize something that we wouldn’t have realized on our own.”  –Cedric Cook, franchise owner Budget Blinds of Fulshear, TX

In the military, bonds and friendships form that last a lifetime. There is a camaraderie that carries over into civilian life, wanting to stay connected and help each other. We’ve seen how excited our veteran franchisees become at the prospect of introducing fellow vets to the franchise opportunity and the MDFE. They know the value of military training and how it can translate into successful business skills and they desire that not only for their friends, but for any veteran transitioning into civilian life.

-“People within the organization [Budget Blinds] have family members that are buying franchises. That’s a wonderful selling point. [The Million Dollar Franchise Event] allows us to be able to do this and it’s true for a lot of other [veterans].” –Terry Matz, franchise owner, Budget Blinds of Southern Pines, NC

– “It’s a great program; it’s the right time with our military going through transition…and the right opportunity for some of these troops to get out there and start to develop what they have inside of them, their leadership skills and their communication skills. [The Million Dollar Franchise Event] is a facility for them to get there.” –Cedric Cook, franchise owner Budget Blinds of Fulshear, TX

If you are a veteran looking for a franchise business opportunity, you’ll want to check out Tailored Living featuring PremierGarage, the largest whole-home organization company in the nation, featuring home improvement and garage organization solutions. Call (800) 420-5374 today to begin your investigation, or visit www.tailoredlivingfranchise.com.

Also check out the Million Dollar Franchise Event  to determine if you qualify for a franchise purchase discount. It’s Tailored Living’s way of thanking and supporting our military men and women veterans to help them build more secure futures.