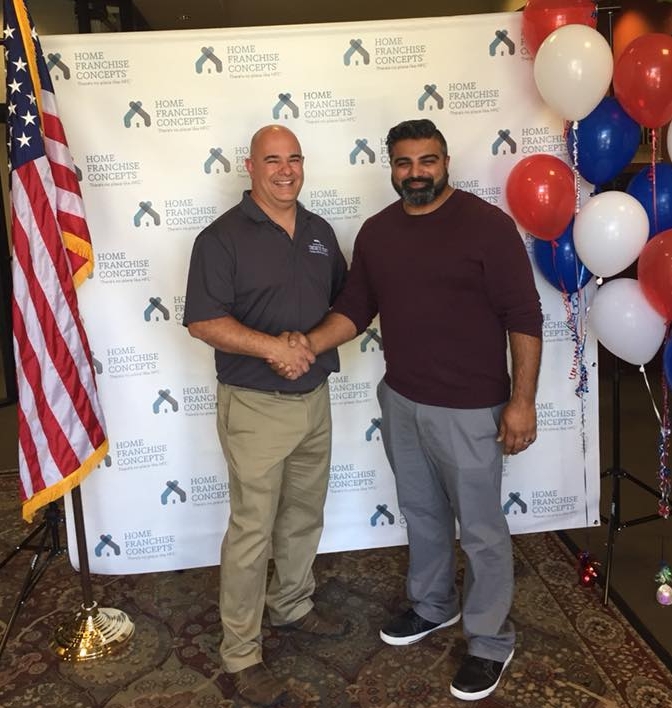 HFC has a long history of supporting veterans

including renewed 2018 partnerships with Home for our Troops

ORANGE, Calif.  (March 29, 2018) – Budget Blinds® and Tailored Living® are among the three best franchise brands for veterans and members of the military according to a 2018 ranking by Military Times magazine.

Military Times Best: Franchises 2018 ranked Budget Blinds #2 and Tailored Living #3 out of 53 franchise businesses identified by the magazine as catering to veterans and military-connected families. This latest ranking represents a dramatic increase from 2017 when the brands finished #7 and #18, respectively.

“Budget Blinds and Tailored Living have been steadily growing in popularity with veterans looking to use business ownership to take control of their financial futures and transition from military service to civilian life,” said HFC CEO Shirin Behzadi. “This latest ranking is testimony to our years of support for veterans and military families in the U.S. and Canada. Now more than ever, there’s no place like HFC for veterans and the military.”

According to Behzadi, the number of Budget Blinds franchises owned by veterans or members of the military in the U.S. and Canada has more than tripled in the last three years.

Military Times uses a combination of factors to determine the annual ranking including company culture, investment quality, costs and barriers to entry, military discounts and other support. Information is obtained through in-depth questionnaires and franchise disclosure documents covering franchise costs and performance.

In its description of Budget Blinds, Military Times cited the example of Chris Petty, the U.S. veteran owner of Budget Blinds Serving Lexington in Lexington, S.C. Petty said the main benefit to owning a Budget Blinds franchise is the support he receives from HFC – everything from help with specific product questions to marketing and business coaching.

HFC recently unveiled Heart & Home, a long-term commitment to caring and giving-back to transform the lives of individuals through ongoing national partnerships and local, community efforts. As part of this, HFC renewed its alliance with Working Wardrobes, Home for our Troops (HFOT) and Wounded Warriors Canada to help even more veterans and others in need realize their dreams of obtaining work, career advancement, homeownership and the ability to transition to civilian life after military service.

“At Budget Blinds, Tailored Living and Concrete Craft, caring has always been part of our DNA,” said Behzadi. “In fact, we’re able to continually meet our growth goals precisely because we care for our customers, franchisees, employees and communities. We can never forget that there is a very direct relationship between doing good and doing well.”

The extended alliances with HFOT and Wounded Warriors Canada are part of HFC’s ongoing support for veterans that also includes Designing Spaces’ Military Makeover on Lifetime® Television, NBC’s George to the Rescue, and the HFC Million Dollar Franchise Event which awarded more than $1 million in franchise discounts to former servicemen and women.

Said Gilani: “Throughout my military service, I witnessed things that no one should ever have to see. It was a constant internal struggle for me and, honestly, I felt as through my faith in humanity was slipping away. But winning this HFC program has restored my faith in humanity and reaffirmed what I have always known to be true. When you stay true to yourself, the kindness of others will prevail.”

In addition to the Military Times franchise list, HFC brands continue to climb the prestigious Entrepreneur Magazine’s Franchise 500 ranking.  In the most recent ranking for 2018, Budget Blinds and Tailored Living placed #23 and #131 overall, respectively, and #7 and #111 as top franchise choices among Veterans. Budget Blinds was also ranked #87 and #88 in the “Top Brands” and “Fastest-growing Brands” categories.

About Home Franchise Concepts
Home Franchise Concepts (HFC) is the top-selling family of direct-to-consumer brands in the home-related goods and services space, one of the world’s largest franchise businesses and a recognized leader in franchisee-franchisor relationships. HFC’s three brands including Budget Blinds®, Tailored Living® and Concrete Craft® are consistently rated at the top of their categories and supported by nearly 1,400 franchise territories in the U.S., Canada and Mexico.